When I heard Dr. Fauci and others talking about “Gain-of-Function”, I started to look into that.  To me it was not right to be messing around trying to make a virus more dangerous and easier to be transmitted.  That is crazy.   This is what I have found and it seems to be the latest example of how America has gone crazy.  It is the case of the deadly Corona viruses, which have taken over four million lives world-wide.

All because Mankind has been meddling with God’s Creation, by trying to make what God created, more dangerous and more deadly to humans.  Seems that some folks’ minds have become so ungodly, that they do not care if they’re fooling around would endanger the Human Race, or even cause their extinction.  The so called, “Gain-of-Function” (GoF) research is one of those that could accidently, or purposely, bring about the great destruction of Mankind.  That is why “numerous prominent scientists argue that” GoF “deviates from morally justifiable research,” and puts “the entire human species at risk.”

It is almost unbelievable that some scientific minds are working trying to make viruses more lethal to mankind, instead of working to make viruses extinct, and thereby save Mankind.  It is frightening when one learns that there are many Labs across America, and the World, where they are still playing around with and storing deadly viruses, especially when we find out that there have been many leaks from laboratories.

Dr. Anthony Fauci “has played a major role in promoting and funding gain-of-function research, both in the US and China … Despite claims raised about lax safety at the Wuhan laboratory, Dr. Fauci provided  an additional $3.7 million grant in 2019 for “gain-of-function research for the purpose of understanding how that corona viruses could mutate to attack humans.  That is why some have said, “Fauci has blood on his hands.”  And I agree!

Gain-of-Function Research should have never started because of the danger to humanity.

The Gain-of-Function research has been going on at some of our research universities. Supposedly someone in the local lab flagged the research as being outside of their limitations. That is supposedly
when the NIAID and the NIH under the CDC outsourced the GoF to the Chinese.  And yes Dr.  Fauci controlled the funding for the research. And yes the Wuhan lab did get funding, but not directly from Fauci.

There was a straw man in between the doctor and the lab called EcoHealth. They got the grant and passed it to Wuhan. They do not officially call it Gain-of Function research. That is just not politically
correct. But that is exactly what they were doing and did. Dr. Fauci knew about this research, he knew they had a problem and covered it all up. He has been lying to the world from the beginning. The
science does not change, just our understanding of it. And to disseminate theories or misinformation as facts is scientifically, legally and morally wrong. Yes I agree, Dr. Fauci is an operative of the China Communist Party (CCP). And yes Dr. Fauci has blood on his hands, lots of blood. And he is still on the job and being praised and believed. This is an information war we are in. And China has unleashed a deadly virus on the entire population of the world, except their own. The attached is WHO’s report on China as of Aug 17, 2021.

There are 122,433 total confirmed cases and 5669 total deaths FROM THE BEGINNING OF COVID-19. The world wide death toll is 4,462,336,040 per the WHO as of Aug 16, 2021. Dr. Fauci has at the least colluded with funding and a major cover-up and held back sensitive and important information that has cost many lives. I would accuse him of war crimes against the USA. And once we are victorious I am sure that will come out.  That’s my take on it.

My concern is for America and how it has gone so far away from the LORD and the original goal of the founders.  That concern has caused me to write about 60 letters to America and have sent more than one hundred thousand letters and emails to newspapers across America.

Goodbye and may God Bless You!

NOTE:  Snopes.com which fact checks statements has drawn the conclusion that this statement is “unproven” which leaves a door open to possible validity of Ybarra’s research.  Another national story which may or may not be connected is the arrest of Harvard University Professor Dr. Charles Lieber, who served as the principal investigator of the Lieber Research Group at Harvard University.  The Group specialized in the area of nano-science and has received more than $15,000,000 in grant funding from the National Institutes of Health (NIH) and Department of Defense (DOD).  These grants required the disclosure of significant foreign financial conflicts of interest, including financial support from foreign governments or foreign entities.  Without Harvard University’s knowledge, Lieber became a “strategic scientist” at Wuhan University of Technology (WUT) in China and was a contractual participant in China’s Thousand Talents Plan.  It is the opinion of the Lanier County News that these ideas should be considered by the general public for their information because it is their tax dollars at work. 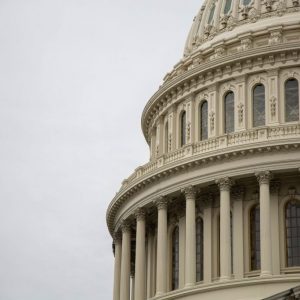 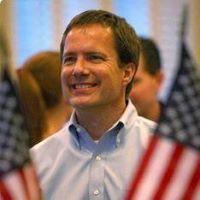 EDITORIAL: Would “Destination Resorts” in Georgia Boost our Economy? Don’t Bet On It!