(ATLANTA) – The Georgia State Patrol (GSP) and the Motor Carrier Compliance Division (MCCD) will be on high visibility patrols on interstates and state roads during the Christmas and New Year’s holiday travel periods. State troopers and MCCD officers encourage motorists to exercise safe driving habits in an effort to reduce the number of crashes on Georgia roadways. The Christmas travel period is 54-hours long, from 6 p.m. Tues., Dec. 24, until 11:59 p.m. on Thurs., Dec. 26. The 30-hour New Year’s holiday period will begin at 6 p.m. on Tues., Dec. 31, and end at 11:59 p.m. on Wed., Jan. 1. 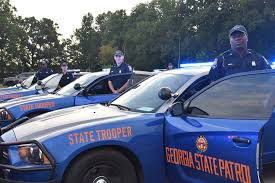 Colonel Mark W. McDonough, Commissioner of the Georgia Department of Public Safety said, “It is the primary focus of State troopers and officers to keep a vigilant eye out for motorists breaking state traffic laws and exercising bad driving habits that could potentially cause serious injuries or fatal crashes.”

According to AAA, “More Americans than ever on record – 115.6 million – will travel this holiday season, from Saturday, Dec. 21 through Wednesday, Jan. 1. That is the most in nearly 20 years since AAA began tracking in 2000, and represents an increase of 3.9% over last year, or 4.3 million more people packing up their sleighs for a holiday getaway.”

Last year, the 2018 Christmas holiday travel period was 126-hours long. GSP investigated 700 crashes that resulted in 333 injuries and 14 fatalities. Troopers and officers issued a total of 9,978 citations and 15,888 warnings, with 285 people arrested for driving impaired.

During the 2018 New Year’s holiday travel period, which was 102-hours long, GSP worked 550 wrecks that resulted in 223 injuries and seven fatalities. In addition, troopers and officers issued 6,971 citations, 11,339 warnings, and arrested 368 people for driving under the influence.

With so many motorists on the roads, troopers and officers caution drivers to stay focused and avoid becoming a distracted driver. There are several distractions such as changing the radio station, looking at the GPS for directions, talking to the passengers, or even looking at Christmas decorations. The most important thing is to stay focused on where you are going and the drivers around you so that crashes don’t ruin your Christmas festivities.

It is also important to plan for a sober designated driver if alcohol consumption will be part of your holiday celebrations. If you do not have a designated driver, call a taxi, rideshare, a friend, or family member to help you get home safely.  Make these decisions before you get into the holiday spirit.

“This is a festive time of the year! We want everyone to drive sober, stay focused, obey the laws and enjoy this holiday season with family and friends,” added the commissioner.

During the holiday period, an updated traffic fatality count will be published on the Department of Public Safety’s Twitter page: http://www.twitter.com/ga_dps.