Georgia – On July 20, Insurance and Safety Fire Commissioner John F. King’s Fire Investigations Unit arrested Ronnie Brewington, 33, of Hortense, with Arson in the 1st Degree. The charges stem from his involvement in a May 24 structure fire at 37 Lloyd Curry Road in Lakeland. He is now in Lanier County Sheriff’s Office custody.

“Our investigators determined that the fire was intentionally set on the interior of the structure, but luckily no one was home at the time” said Insurance and Safety Fire Commissioner John F. King. “After a thorough investigation of the scene and additional interviews, we determined Mr. Brewington was responsible for the fire and were able to get him into custody.” 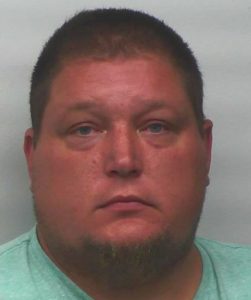