A recent collaborative study proposed, after nearly a decade of research, that common bottlenose dolphins inhabiting nearshore coastal and estuarine waters between New York and Florida are likely a separate species from their offshore counterparts. The authors found that they are more closely related to other coastal populations in the Caribbean and Gulf of Mexico than their neighboring offshore common bottlenose dolphins.

Ana Costa, Ph.D., lead author and upcoming lecturer at the University of Miami, used multiple lines of evidence in her work and in doing so worked with several NOAA scientists. She worked closely with NOAA’s Southeast Fisheries Science Center, learning techniques from the genomics lab in Lafayette, Louisiana led by Patricia Rosel, Ph.D.

Costa was able to collect DNA and morphological data from tissue samples, skulls, and vertebral columns from dolphins that stranded along the East Coast. Many of these specimens were originally collected by members of the marine mammal stranding network and NOAA’s National Centers for Coastal Ocean Science. They were archived in several museums, including the Smithsonian National Museum of Natural History and the South Carolina State Museum.

To determine their common name, Costa worked with her co-authors, including Eric Archer, Ph.D., a scientist at the Southwest Fisheries Science Center. They looked back to where the original specimen was collected, on the coast of what is now New Jersey. They consulted with the Nanticoke Lenni-Lenape Tribe, who are descendants of the original people that inhabited this area. Everyone agreed on the name “Tamanend’s bottlenose dolphin” after Chief Tamanend, who was known for his wisdom and peaceful nature.

This new taxonomic designation does not change the existing stock boundaries or protection status of the dolphins under the Marine Mammal Protection Act. However, we will evaluate potential management implications of this study. 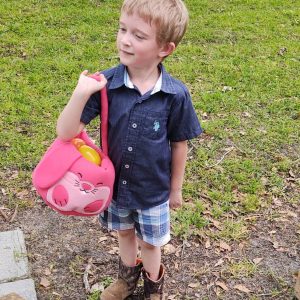