LANIER COUNTY, Georgia – The Ray City Council approximately during their 2017 meeting year, made a decision to annex a small portion of Lanier County and bring the area into the Ray City limits.  The Lanier County News (LCN) received a news release from Governor Kemp’s office which indicated that the City of Ray City was being given money from the state for the purpose of upgrading the South Georgia Broadband Network.  The progress of the steps towards that annexation are in the process of being researched.

Read the full story in the August 13th e-edtion of the Lanier County News!

This is a developing story. 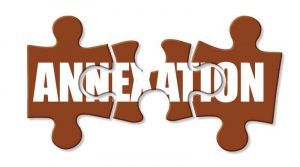