Not only is laughter good for your health, but it’s good for your reputation.  The only thing worse than one sour puss is two.  Christians should be the happiest people on earth.  Always carrying around a big old smile.  That’s the best thing we can put on in the morning.  A bright smile is the best form of communication.  I tell folks that if you see someone without a smile then give them one of yours.  I grew up laughing.  Things were really funny when I came up.  Now, we are becoming like the British.  Their humor is what we call, dry humor.  Dry like corn shucks and not funny.  I tell jokes as a way to entertain them at the nursing homes.  Lord, they’ve heard enough bad news.  They need something to laugh about and my jokes are so funny that they will tickle your funny bone where ever it is at.  I meet a lot of church folks and some act like someone just killed their favorite dog or they just swallowed a green persimmon.  I just know that the world looks at them and says, “Lord, I don’t want nothing that old sour puss has got!  If that’s what being a Christian is all about then I will just stick with what I got!”  I started to say, amen to that, but really it is true and shouldn’t be but it’s sad!  We as Christians represent hope and hope brings joy and joy brings laughter!  So as the chorus we sing, “Smile awhile and give you face a rest; raise your hands to the one you love the best; then shake hands with the ones close by and greet them with a smile!”  My grandmother use to say that it takes less muscles to smile than it does to brown.  So smile and you won’t need a face lift.  Amen!  There was a commercial on years ago that showed these big old grown men just hugging and crying like babies and it said, “Cry!  It might do you some good!”  Well, sometimes, but laughter is even better.  It is good for the heart.  The word says in Proverbs 17:22, “A merry heart doeth good like a fine medicine,” and the rest of that verse says, “A sad spirit drieth up the bones!”  So which had you rather have?  A good heart or dry bones.  Minnie Pearl said one time, “If you want God to laugh then tell Him all about your plans for your life!”  Well, what she said is biblical.  It says in Psalms 2:4, “He (God) that sitteth in the heavens shall laugh.  The Lord shall have them in derision.”  The word derision means in ridicule.  So there you go!  Even God laughs and why not?  You don’t think He would tell us to laugh or be merry and not do it Himself?  Remember we are made in His likeness.  We paint a picture of those Bible characters that probably make them want to roll over in their grave.  We make them appear to be nothing but sour and it ain’t true.  Take Abraham for instance.  When he heard from the Lord that he would bear a child at his age the word says in Genesis 17:17 that he fell on his face and laughed.  Now in country terms, “He rolled around in the floor just dying laughing!”  So even Abraham had a sense of humor.  I wonder about Jesus, Peter and Paul.  Jesus never contradicted the word.  So, yes I believe at times he was merry and laughed, but not like one man said.  He said that Jesus would get drunk with his disciples and make merry.  Wrong!  I tell them in the nursing homes that I am a spiritual therapist and I am going to give them some spiritual therapy.  Some of God’s medicine which is laughter.  We are body, spirit and soul and we need physical and spiritual therapy.  Amen!  Now, some of these doctors act like they invented something when recently they said that laughter was good for your health.  Duh!  It has been in the Bible 6000 years and they have just now read it!  That just beats all!  Can you say amen? 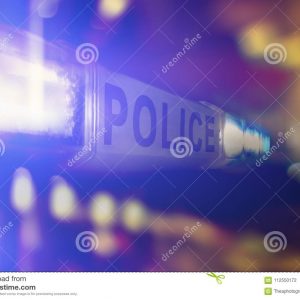 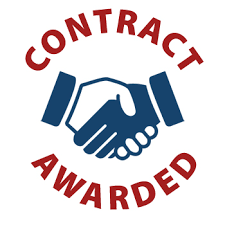