LAKELAND, GEORGIA – On Tuesday, April 21st, Lanier County Sheriff’s Office Investigators received information that a specific person was in possession of, and selling, a large quantity of high-grade marijuana and was selling the illegal substance from a maroon Kia in the area around Tilden Avenue in Lakeland. One of the Investigators located the vehicle parked in a driveway and recognized the driver as Christian Malachi Calhoun, age 26, of Lakeland. It was determined that Calhoun had a search clause as part of his probation on previous charges and he agreed to a search of his person as he had distanced himself from the vehicle as soon as he saw the Investigator. When he was told that his vehicle would be searched as well he immediately turned and ran leaving his shoes behind, as well as a large quantity of marijuana in the vehicle along with a sizeable quantity of baggies and a scale both commonly used to weigh up and repackage the illicit material. Investigators say the material field tested positively for marijuana and that it weighed nearly a half a pound. Warrants were taken for Calhoun who remains at large and has been entered into the State and National computer system as a wanted person. Investigators have information concerning his location and expect to arrest him soon as well others who helped him in his efforts to sell the drugs and evade law enforcement.

In a separate incident on Tuesday, April 28th, Lanier County Investigators arrested another local man, Austin Taylor Bradford, age 21, who they say had been under surveillance for more than a month concerning complaints of him also selling illegal high-grade marijuana to a host of customers from the Lakeland area. Investigators said they had used photographic and physical surveillance and were certain that Bradford was in fact selling the illicit drugs. When they were able to determine that he was in possession of a sizeable quantity they confronted Bradford and he was arrested for Possession with Intent to Distribute Marijuana and Possession of Drug Related Objects. Bradford was uncooperative and was booked on three charges.  Investigators say they have received information from multiple sources concerning Bradford selling marijuana from the Patten Lane residence where he resides. The investigation has been on-going for several months. Bradford was booked on the three charges and bonded out.

Sheriff Norton said:” We take all information concerning illegal activity seriously and when we develop enough of a picture of who we are after we begin to do what is necessary to confirm or deny that they are truly dealing/selling. In both these cases we were aware of their illegal activity for some time but things have to progress properly and the case has to be developed in a way supported by the courts. Many times we will have people who tell us they “know for a fact” that someone is dealing drugs. Until we get to the point where we can prove that, we aren’t going to just arrest someone on a hunch. Sometimes our hands are tied by the rules of law, and they should be, that is the only way our justice system works correctly is that we ALL have to play by the rules. But, with enough hard work and legal effort we will eventually bring the proper charges at the proper time if a person is breaking the law. 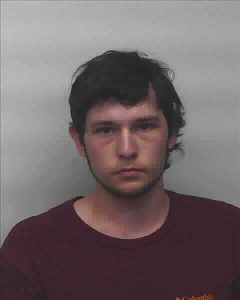 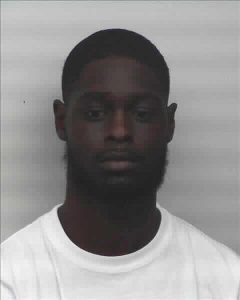