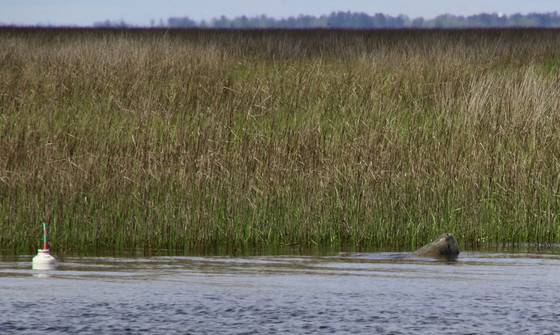 When she’s ready to migrate, it’s best not to get in her way.

The female nicknamed Jno swam from Miami to Savannah in 30 days, an Intracoastal Waterway trip covering some 500 miles between March 3 and April 2, according to satellite transmitter data tracked by Clearwater Marine Aquarium.

BOATERS: MANATEE WATCH IS ON

With coastal waters warming earlier than usual this late-winter and early spring, manatees have shown up sooner along Georgia’s coast. Boaters are encouraged to:

Boat strikes are a leading cause of manatee injuries and deaths. Boaters who hit one should stand by and immediately call DNR at 800-2-SAVE-ME (800-272-8363).