ATHENS, GEORGIA – The State Elections Board sanctioned the Clarke County Board of Elections after a hearing Wednesday for violating Georgia law requiring uniform voting.

The county board voted 3-2 last week to use hand-marked ballots instead of the ballot-marking machines specified in state law. The law allows use of hand-marked ballots only as a backup measure when a power outage, weather disaster or other unforeseen circumstances makes using the machines “impossible or impracticable.”

After hearing testimony from the State Elections Director, investigators with the Secretary of State’s Office, Clarke County election officials, and the Chairman of the Clarke County Board of Elections, the State Elections Board voted unanimously to order the Clarke County Board of Elections to immediately resume using the new paper-ballot voting machines. The state board also voted to require the Clarke board to pay $2,500 to cover the cost of investigation. Finally, the state board imposed a fine of $5,000 per day until the county resumes using the voting machines. The fine could have been as much as $5,000 for each of the more than 1,000 votes cast on hand-marked ballots. The fine will waive if Clarke County election officials certify to the Secretary of State’s office that they have resumed the use of the state mandated equipment.

“The General Assembly determined that every Georgia voter, no matter which county they live in, will vote on the same system, and after accepting the recommendations of the SAFE Commission and holding public hearings, the General Assembly decided that every voter would use a touchscreen ballot-marking device and a paper ballot,” said Secretary of State Brad Raffensperger, chairman of the State Elections Board. “Today’s decision makes clear to all counties that they must follow state law and ensure that every vote in this state is cast the same way.”

State law says that “the equipment used for casting and counting votes in county, state, and federal elections shall be the same in each county in this state and shall be provided to each county by the state, as determined by the Secretary of State.”

The Clarke board members argued that the screens on Georgia’s new voting devices were so large that voters’ privacy would be compromised and that the only solution was to issue hand-marked ballots. The Secretary of State’s Office had offered recommendations on ways to maintain privacy to the counties, which run the actual elections.

Just days before the Clarke board’s vote, a Sumter County Superior Court judge ruled that counties had ways to shield the view of the screens without resorting to hand-marked ballots.

The Secure, Accessible & Fair Elections Commission (SAFE) was formed in 2018 from a bipartisan group of legislators, local election officials, election lawyers and other election experts. It traveled the state soliciting feedback from voters, voting-rights advocates, election officials, cybersecurity experts, accessibility experts, and former Secretary of State Cathy Cox, who led the state through a statewide implementation of Georgia’s original unified voting system in 2002.

In a report issued January 10, 2019, the SAFE Commission recommended that, given the state’s successful history with touchscreen voting, Georgia should keep the touchscreen aspect of voting but add a secure paper ballot and an audit of those paper ballots. The General Assembly agreed, after holding its own hearings, and a bipartisan majority specified the touchscreen ballot-marking system. 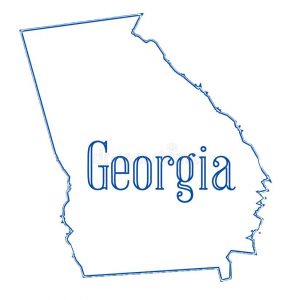