“We are proud to announce that Deputy Attorney General Wright Banks will be the new Chief Deputy for the Georgia Law Department,” said Attorney General Chris Carr. “Wright is respected by his clients and peers, and he has a wealth of experience handling complex litigation and other matters. Since becoming Georgia’s Attorney General, I have often relied on Wright’s steady guidance, and I am confident that he will continue to help lead the Department of Law and ensure we are providing legal guidance of the highest quality to our client agencies and the citizens we serve.”

Previously, Wright served as Deputy Attorney General for the Commercial Transactions and Litigation Division from 2012 – 2019. In that role, he supervised three sections: Business and Finance; Real Property, Construction, Transportation and Authorities; and Tax.

From 2007 to 2012, he served as the Section Leader of the Business and Finance Section. Prior to that time, Wright worked in the Business and Finance Section practicing in a number of areas of law, including alcoholic beverage regulation, bankruptcy, insurance and procurements. He has provided general representation to a number of State entities, including the Georgia Department of Transportation, the Department of Administrative Services, the Department of Revenue, the Georgia Lottery Corporation, the Financing and Investment Division of the Georgia State Financing and Investment Commission, the State Road and Tollway Authority, the Georgia World Congress Center Authority  and the Georgia Superior Court Clerks’ Cooperative Authority. 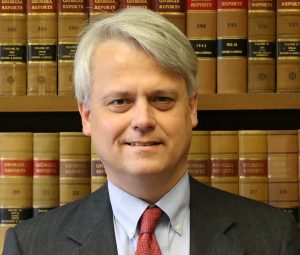