Was the original plan for Mt. Rushmore to have someone other than U.S. presidents carved into the mountain?

So this week, we have one of those “created” holidays.

I refer, of course, to President’s Day.

Back when I was a kid, we had Lincoln’s Birthday and Washington’s Birthday – and we had both of those as days off from school, too!  But some time in the early 70s, some silly person decided it would save money if they combined both birthdays, and added in a nod to all the other presidents and called it “President’s Day.”

I guess it was a good idea – saved the government the cost of an extra holiday – and with it always falling on a Monday, it gives folks a three-day weekend.  Unless they work for newspapers, that is.

Not to worry, though.  I get my time off when I need it.

Right now, of course, I don’t need time off – I need to share some trivia!  So let’s get to it!

… the first American woman to go to medical school was admitted as a joke?  Elizabeth Blackwell (1821-1910) applied to Geneva Medical School in New York after no other American school would admit her.  Blackwell’s admission was a practical joke on her, but she turned the tables – she graduated first in her class in 1849, continued training in London and Paris, and set up a successful medical practice in New York in 1851.  She opened her own medical college in 1868 and was the first Professor of Gynecology at the London School of Medicine for Women in 1875.  (So there.)

… Alexander the Great encouraged his men to shave?  The Macedonian conqueror (356 BC-323 BC) wanted his soldiers to be clean-shaven so that enemies could not grab them by the beard while in battle.  (Good idea at the time, no doubt.)

… all of the pandas in the world are owned by the government of China?  Even the ones you see at American zoos are owned by China, which rents them out at a rate of about $1 million a year.  (You have to hope that the pandas are getting a cut of that action.)

… the faces on Mount Rushmore in South Dakota were originally going to be someone other than presidents?  The southeastern face of the mountain in the Black Hills features the faces of George Washington (1732-1799), Thomas Jefferson (1743-1826), Abraham Lincoln (1809-1865), and Theodore Roosevelt (1858-1919), all of whom had served as President of the United States.  South Dakota state historian Doane Robinson (1856-1946) actually had other people in mind for the mountain – popular folks from the Old West.  Robinson wanted originally to use the faces of Buffalo Bill Cody (1846-1917), Sioux chief Red Cloud (1822-1909), and others, but was talked out of it because their faces were not immediately recognizable and thus would not draw tourists.  Lead sculptor Gutzon Borglum (1867-1941) talked him into using the faces of presidents instead.  (The rest, as they say, is history.  Who the heck is this “they,” anyway?)

… a baby blue whale gains about 200 pounds a day during its first year of life?  (Considering that they only eat krill and tiny sea plants, that’s pretty impressive, you have to admit.)

… one of the most popular novels of the 20th Century was turned down by a major magazine?  The New Yorker magazine refused to run an excerpt from The Catcher in the Rye, by J.D. Salinger (1919-2010), on the grounds that the characters were “unbelievable” and the writing was “show-offy.”  The novel, which turned out to be one of the best of the century, was also turned down by publisher Harcourt Brace because the executives were unsure if the main character, Holden Caulfield, was crazy.

… the most well-known actor to play James Bond always wore a hairpiece?  Sir Sean Connery (born 1930), the best-known of the eight different actors to portray British superspy James Bond 007 in the movies, began going bald when he was 17.  During the years he played Bond, Connery always wore a toupee.  (Maybe, but he’s James Bond.  Who cares about a hairpiece?)

… there is a flower that can forecast the weather?  The scarlet pimpernel is called “the poor man’s weatherglass.”  If the flower is closed, rain is expected, but if it is open, the day will be sunny and pleasant.  (That’s a better average than most weathermen on television, you know.)

… by the age of sixty, most people have lost half of their taste buds?  (And the half that’s left isn’t doing so hot, either.)

… snakes hear with their tongues?   A snake does not have ears as we know them.  But their tongue is extremely sensitive to sound vibrations, and that’s why the snake constantly flicks its tongue out – it’s picking up sound waves.

… the word “taser” is an acronym?  Tasers, the devices which deliver a shock to uncooperative suspects courtesy of the police, are named such because of inventor Jack Cover (1920-2009), who created the device.  Cover was a huge fan of Thomas A. Swift, the hero of a series of young adult novels by Victor Appleton (born Howard R. Garis, 1873-1962).  The acronym stands for “Thomas A. Swift’s Electric Rifle.”  (Whatever.  I just don’t want to get hit with one.)

… there is no butter in buttermilk?  Buttermilk is actually lower in fat than regular milk, as well.  The “butter” in the name comes from the origins of the beverage, which resulted from the process of churning butter.  The “buttermilk” was the part that didn’t end up as part of the butter itself.  (The taste of buttermilk doesn’t really bother me.  It’s those designs that it leaves in the glass that really turn my stomach.) 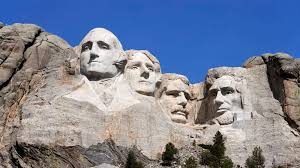